You Me Her Season 6 Release Date

Audience has officially cancelled You Me Her. There will be no season 6. 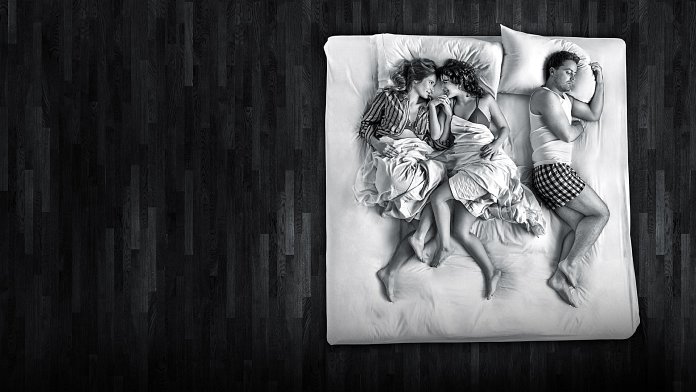 You Me Her is a comedy TV show created by John Scott Shepherd and is produced by Entertainment One. The television show stars Greg Poehler, Rachel Blanchard, Priscilla Faia and Melanie Papalia.

There are five, seasons of You Me Her available to watch on Audience. On March 22, 2016, Audience premiered the first season. The television series has around 50 episodes spread across five seasons. The episodes used to come out on Tuesdays. The show has a 7.1 rating amongst the viewers.

You Me Her is rated TV-MA

You Me Her Season 6 Release Date

It has been 2 years since the last season arrived on Audience. There are no plans for another season.

→ How many seasons of You Me Her? There are six seasons in total.

→ Was You Me Her cancelled? Yes. Audience has officially cancelled the series.

→ Will there be another season of You Me Her? As of October 2022, season 6 has not been scheduled. However, we can never be certain. If you’d like to be notified as soon as something changes, sign up below for updates.

You Me Her Cast

Here are the main characters and stars of You Me Her:

The current status of You Me Her season 6 is listed below as we continue to watch the news to keep you informed. For additional information, go to the You Me Her website and IMDb page.

→ Watch You Me Her video trailers
→ Where to buy You Me Her on DVD?
→ View popularity of You Me Her in the US

Everything about The Crown Season 6.
Previous articleRocKwiz Season 15
Next articlePixar in Real Life Season 2
PREMIERES.TV